So .. I've been thinking of getting a Switch; old firmware so I can hack it. It looks like in every case, you can never permanently apply custom firmware. You always have to reapply patches if your Switch ever runs out of batteries or you close start it? 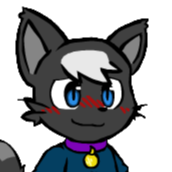 @djsumdog Old enough firmware can be hacked, yes, but what you're *really* going to want to look for is a Switch vulnerable to fusée gelée - a hardware-level exploit that can be found on Switches released before a certain date (I believe mid-2018?) If you've got a Switch's serial number, you can figure out if it's vulnerable from a service such as ismyswitchpatched.com.

The exploit involves going into a recovery mode built into the nVidia SoC, and you'd activate it by shorting two pins on the right joycon rail, holding the plus button, and turning on the console. Then, you'd inject a payload via the USB-C port. You'd need to do that every time you want to go into custom firmware - which would be stored separately from the Switch, in the MicroSD card slot, in its own replica of the system memory.

There's a way in software to make the Switch boot up in this mode by default so you can go straight into injecting a payload, but it comes with the caveat that if the battery dies, it will take a very long time to charge to a point where you can use it again.
0
Sign in to participate in the conversation